one of edmonton’s oldest neighbourhoods

Rossdale, originally known as Ross Flats, is sequestered nearby the north shores of the North Saskatchewan River. The land in Rossdale holds a long history of use by Indigenous Peoples before two fur trading posts were opened there in 1802. Then, in 1876, Donald Ross bought much of the land to build a residence that would later be known as Edmonton’s first hotel.

Where Edmonton came to life

Rossdale is not only Edmonton’s birthplace, but it is also the site where Alberta was inaugurated as a province in 1905 by Prime Minister Sir Wilfrid Laurier!

A historic hub for industry, arts and entertainment

Over the years that followed, Ross Flats became the supply point for the Klondike Gold Rush and home to a brewery, ice house, lumber yard, coal mine, and the famous Rossdale Power Plant. Many cultural events were hosted on Ross Flats, with Diamond Park offering a playing field for baseball, soccer and football games. Did you know? The exhibition grounds were first held in Rossdale before they were relocated in 1911?!

Life after the flood

In 1915, a devastating flood rocked the Rossdale community, washing out many homes and businesses in its wake. Since then, most of the commercial properties have been converted, removed, or left vacant. It has been the City of Edmonton’s mission to revitalize Rossdale to show folks what makes it both an incredible landmark of our city’s history and a sought-after destination for entertainers, adventurers, businesspeople and the like!

What’s in a Name

The Flats in Rossdale is a nod to the neighbourhood’s historical significance for Edmonton and Alberta. What started as a fur trading post in 1801, Rossdale was originally known as Ross Flats and is recalled as Edmonton’s birthplace. It was also the site of Alberta’s inauguration as a province by Prime Minister Sir Wilfrid Laurier in 1905! The Flats in Rossdale celebrates the neighbourhood’s historic legacy while introducing a new era of urban living to the community. 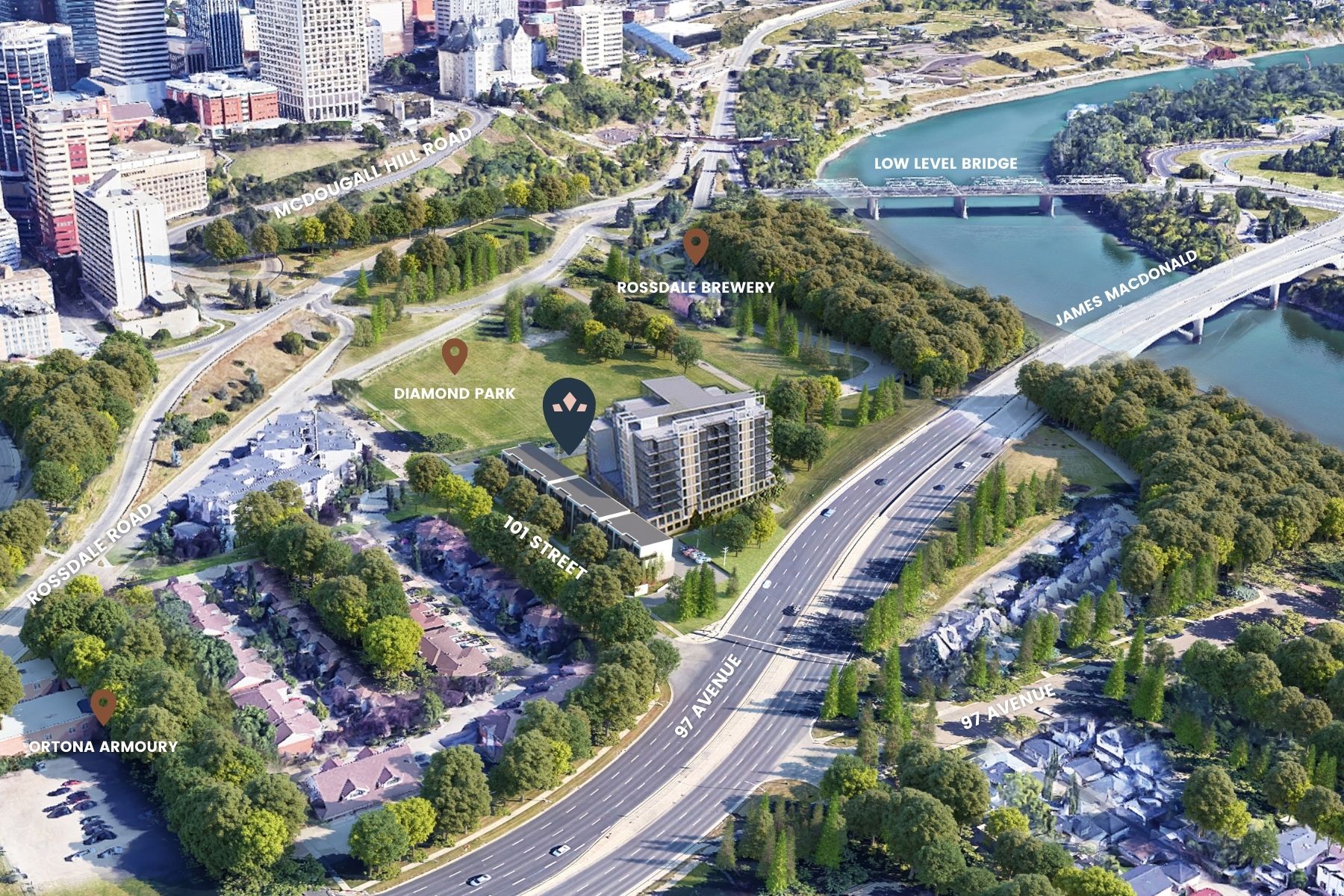 All about that Bonus Room 👌⁠ ⁠ Relax on you

LIVE THE FLATS! ✨ Time is running out to settle

Power down that laptop and relax because the workd

It's a beautiful weekend to get outside and go exp

Ensuites for everyone! 🚿⁠ ⁠ Did you know th

How will you style your space? 🛋️⁠ ⁠ The

Look at those oh-so lush leaves on the trees! 🌳

For those in search of a fresh start ✨ 🏠: TH

An entertainer's dream Kitchen, complete with a fl

No knocking elbows in this Ensuite! 🙌⁠ ⁠ Th

A little bit of the BIRCH ✨ A sneak peek at th